Signs of the past are everywhere in Prescott — in beautiful old buildings, apple orchards sprinkled among Ponderosa pines, savory-sweet fry bread served at summer festivals, and even state-of-the art healthcare at Dignity Health, Yavapai Regional Medical Center.  We recently stepped back in time at YRMC’s Your Healthy Kitchen, to the late 19th and early 20th centuries, to celebrate the roots of Dignity Health and learn about the food ways of indigenous people and settlers back when Arizona was the American frontier. 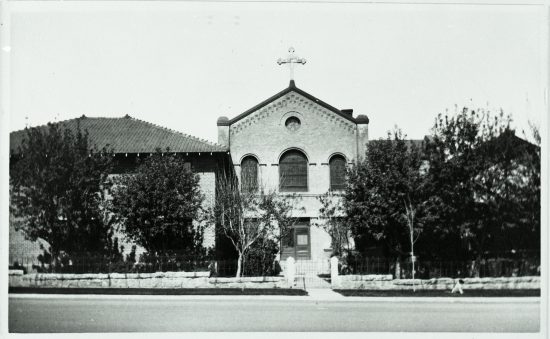 The story of Dignity Health begins in Prescott, in 1898, when the Sisters of Mercy opened the doors of Mercy Hospital on Grove Avenue, where the Prescott College Campus exists today.  After the hospital burned in 1940, the Sisters decided not to rebuild, but to continue their work at St. Joseph’s, the first hospital built in Phoenix.  Last year, the Sisters returned to Prescott, as the sponsoring congregation behind Dignity Health, Yavapai Regional Medical Center.

In Prescott’s early days, settlers planted apple trees, which provided fresh fruit and a variety preserved apple products throughout the year.  Old recipes for Dutch oven baked apples, dried apple cake, and apple butter attest to the importance of those trees, as does the local tradition of fermenting apple cider, which continues to this day.

The Yavapai People were forced to leave their traditional lands and ways of living, hunting, and gathering as Prescott became populated by settlers from the US, China, Mexico and elsewhere.  They continued to rely on their creativity and ingenuity to survive on reservation land and grew gardens of corn, squash and beans, harvested native plants, hunted a little, and made the best they could of government commodity foods.

Two wonderful guests join me virtually in this episode of YRMC’s Your Healthy Kitchen, so be sure to watch and learn more about indigenous food ways, old apple orchards, and how to make delicious, sugar free apple butter!  Click on the link below the video to access the recipe.

If you’d like to learn more about the Museum of Indigenous People, feel free to call them at 928-445-1230 or connect with them on the web at the museumofindigenouspeople.org. While there, you can learn more about the early inhabitants of our area and view a gallery of some of the beautiful items in their collection.

To learn more about Stoic Cider and the incredible apple research they’ve been doing, visit their website at stoiccider.com. You can order their cider online and also buy directly from several local distributors in town.

And of course, you can always learn more about what we’re up to in Your Healthy Kitchen by visiting yrmchealthconnect.org!