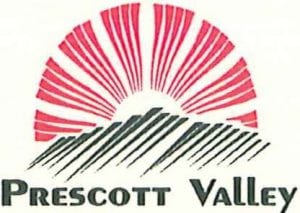 Prescott Valley memories about YRMC in Prescott go back since it is now about 75 years old – 35 years before the establishment of our great community. It is one of thankfulness and appreciation for the good service it has provided. As Prescott Valley grew, we had the desire to one day have a hospital in our Town.

Being a long time resident and serving as Mayor of Prescott Valley even before YRMC’s East Campus was built, I have had the pleasure of seeing the “East” campus grow from its inception to the beautiful facility we have today.

Tim Barnett was the hospital CEO at that time and an outstanding executive at that. Being Mayor, I submitted the request to Mr. Barnett that YRMC expand to Prescott Valley. He stated that when we reached a population of 14,000 residents, the community would be able to support an emergency room and hospital.

We did reach the threshold of 14,000, and then 17,000 but we still had no hospital. I then took the liberty of asking Mr. Barnett what was happening since we should have had the hospital by then. His answer was that, “Things have changed. More people are using outpatient services rather than being hospitalized. Furthermore, mothers who have had babies now spend only one night in the hospital as compared to the five or six night stay that was common in the past.”

Finally at 30,000 residents, the good news came. They will build a new hospital! Dedication of a beautiful new hospital took place in May of 2006. Later in 2010, birthing and breast care services were added.

Mr. Barnett has since been succeeded by two excellent leaders, John Amos, President and CEO, and Frank Almendarez, Administrator of YRMC East. They are both outstanding leaders in their field and continue to advance YRMC’s Mission and Vision for the future.

Yavapai Regional Medical Center is the pride of Prescott Valley. It is simply outstanding in every way. The rooms are modern and serviced with the latest medical equipment. They are designed for the patients comfort and well-being with each room situated so that the patient can see the outdoors. The medical staff and patient services are caring and highly professional in every department.

Thank you YRMC for the care you give our community. Congratulations on 75 years of outstanding service!