“Epic Rides is overjoyed to have partnered with Yavapai Regional Medical Center in celebrating their 75th anniversary while together we create a healthier Prescott community,” said Todd Sadow, President and CEO of Epic Rides, sponsor of the Whiskey Off-Road. “Through this partnership, YRMC increased kid participation to 288 kids riding bikes and raised $2,880 for Prevent Child Abuse Arizona.”

“This was a triple win,” said Ken Boush, YRMC’s Director of Marketing and Communications. “Families, children and our community all benefited. YRMC is pleased to further the cause of preventing child abuse.”

More than 70 children and their parents visited the YRMC Kids’ Fun Ride Decorating Station on April 28. The kids individualized their bikes, trikes and balance bikes for the next day’s Fun Ride. They were joined at the Decorating Station by three professional cyclists:

“It was a great way to build the kids’ enthusiasm for the Fun Ride,” said Brian DeVries, PHR, YRMC’s Manager – Benefits 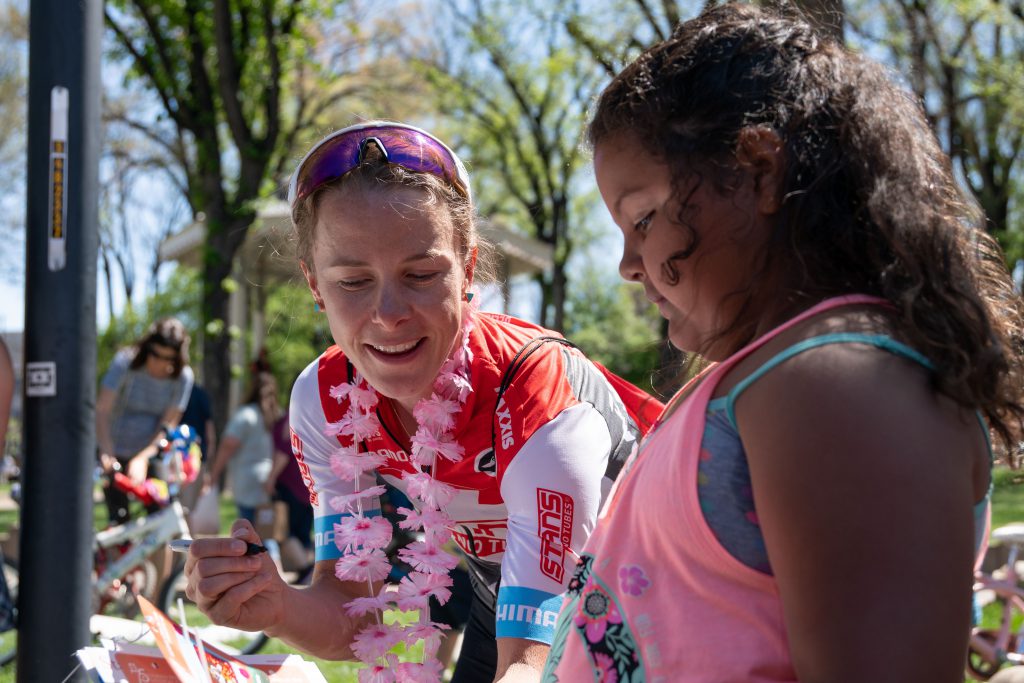 and Employee Health/Wellness. “The YRMC team got to chat with families from our community. The kids and parents met some professional cyclists and we hope were inspired to pursue cycling or other fitness activities. Lots of parents thanked us for sponsoring the Kids’ Ride and the Decorating Station.”

When kids lined up for the Fun Ride on Montezuma Street near Prescott Courthouse Plaza, YRMC’s Wellby Yavabear was there to help start the pedaling. It wasn’t long before the young cyclists were crossing the finish line. They were greeted by enthusiastic applause and balloons from the YRMC team.