Turn back the calendar 10 years and you’ll see the Human Genome Project was publishing the final chromosome sequence in Nature…Daniel Powter’s song “Bad Day” was heading for platinum status…and people were slipping their feet into brightly colored clogs called Crocs.

In May 2006, Western Yavapai County residents – especially those in the Prescott Valley area – were celebrating the opening of Yavapai Regional Medical Center (YRMC) East. The hospital welcomed its first patient on May 15, 2006 and has been growing ever since.

“YRMC East has experienced both incredible growth and tremendous support since opening 10 years ago,” said John Amos, President and Chief Executive Officer of YRMC. “I was honored to serve as the first Administrator of YRMC East. From the beginning, the community showed steadfast loyalty to YRMC East.”

According to Frank Almendarez, YRMC East Campus Administrator, that community support has allowed YRMC to identify programs and services that are important to the community. 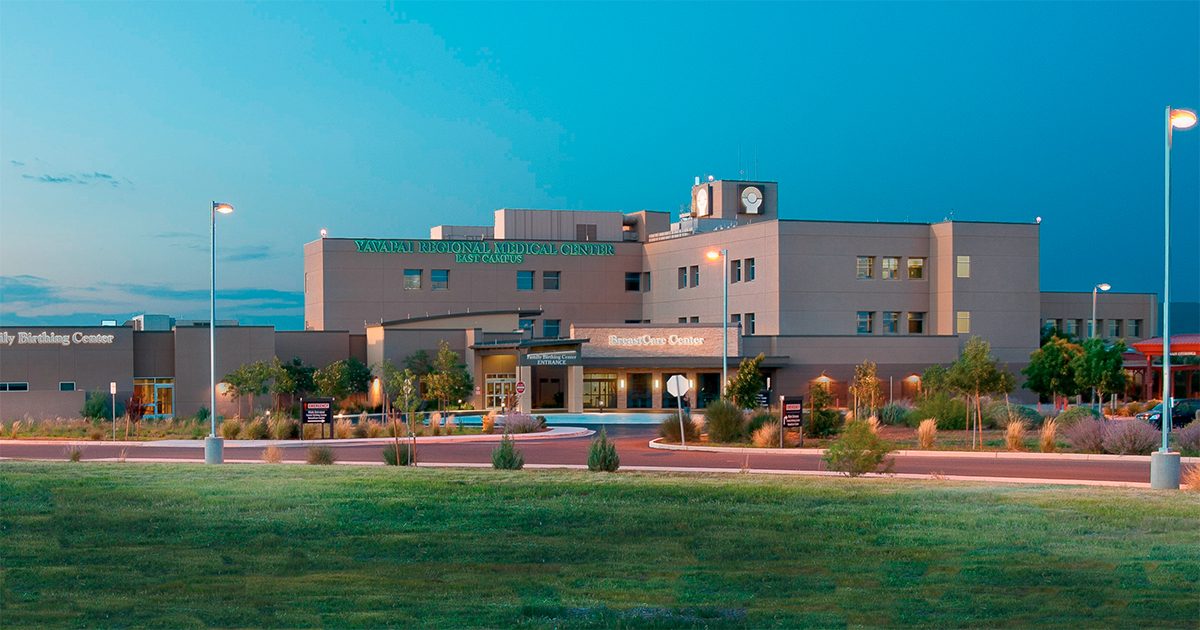 “If you compare a picture of the 2006 YRMC East Campus to one taken today, you can see the positive change and growth,” Almendarez said. “This is due to the vision of YRMC’s Board of Trustees and its leadership team, both who understand and respond to the healthcare needs of our communities.”

YRMC East is now the heart of a thriving medical community. The following major programs and services have been launched since 2006:

“YRMC’s East Campus has evolved into a medical destination,” Almendarez said. “We’re committed to continuing that trend over the next decade and beyond with new programs and services as well as jobs for the people of our communities.”