When do colorful streamers tied to handlebars become wings that can make a bike fly? When a child’s imagination and energy are in high-gear as they were at the 2019 Yavapai Regional Medical Center Kids’ Fun Ride. 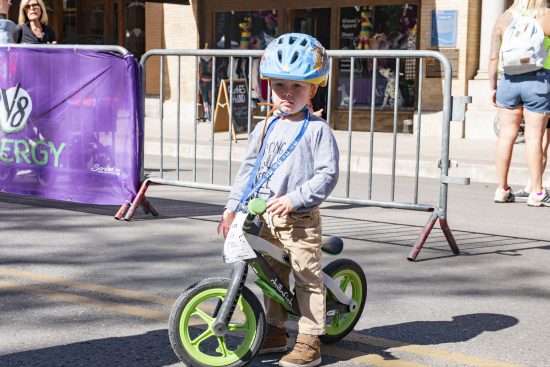 Kids ranging in age from toddler to tween joined the YRMC Kids’ Ride, which took place Sunday, April 28 in downtown Prescott as part of the Whiskey Off-Road weekend. For the second consecutive year, YRMC sponsored the Kids’ Fun Ride, covering every child’s $10 registration fee, and donating the fees to Prevent Child Abuse Arizona.

“The weekend was an all-around success,” said Ken Boush, YRMC’s Director of Marketing and Communications. “It was great to see so many kids and their parents participating in this positive, health-focused event. To top it off, YRMC was pleased to again support the important work of Prevent Child Abuse Arizona.”

Riders Set a Record!
YRMC partnered with Epic Rides, sponsor of the Whiskey Off-Road, on the YRMC Kids’ Fun Ride.

“Both of our organizations believe in creating healthier communities,” said Todd Sadow, President and CEO of Epic Rides, sponsor of the Whiskey Off-Road. “YRMC’s commitment helped increase participation in the Kids’ Fun Ride to a new high of 292 kids riding bikes. This allowed YRMC to donate $2,920 to Prevent Child Abuse Arizona.”

Kids Get Their Wheels Ready to Roll! 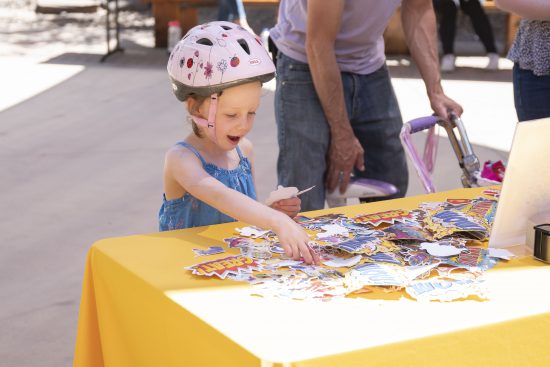 On Saturday, April 27, kids, parents and grandparents joined the YRMC Kids’ Fun Ride Bike Decorating Party at the Holiday Courtyard, right in the heart of the Whiskey Off-Road festivities.

Children who registered for the YRMC Kids’ Fun Ride were invited to the free bike decorating party, sponsored by YRMC. Under the Courtyard’s big tent, children let their imaginations go as they customized their bikes with colorful streamers, wheel beads, neon-colored tire valve caps, and fuzzy twists. Some of the super hero and unicorn stickers found their way on to kids’ bike helmets. 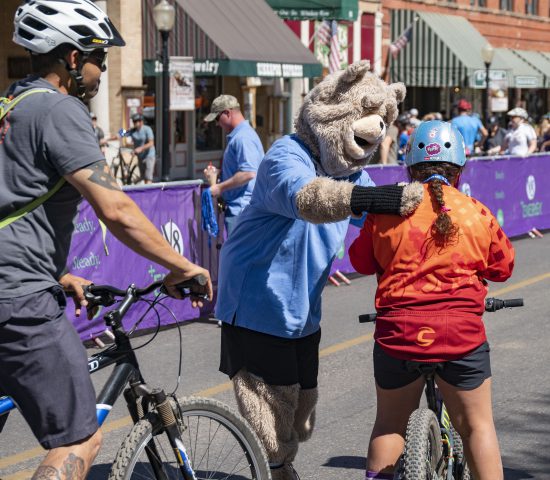 and Employee Health/Wellness. “Our goal is to inspire fitness as a lifestyle among children and their families. From what we saw during the fun ride, the younger generation is very inspired.”

The YRMC Kids’ Fun Ride began on Montezuma Street near Prescott Courthouse Plaza. YRMC’s Wellby the Yavabear was there to start the ride. It wasn’t long before young cyclists were crossing the finish line. They were greeted by enthusiastic applause and medals from the YRMC team.